This article was originally published in MediaPost Data & Programmatic Insider.

A out-of-home digital billboard once home to the CNN logo on Monday will begin to display the name of Crypto exchange Gemini. 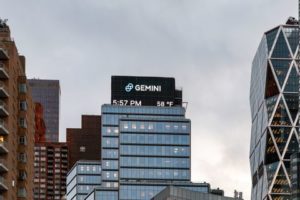 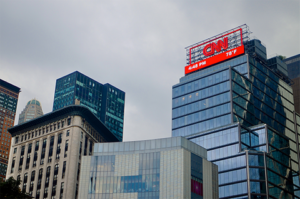 For the past week, the billboard pulled phrases from Satoshi Nakamoto’s Bitcoin white paper in honor of its thirteenth anniversary this past Saturday and flashed them across the screen.

The exchange turned each of the 105 phrases displayed on its new ad space into non-fungible tokens (NFT), and sold them in an auction through Gemini-owned Nifty Gateway.

Jonathan Isaac, global director of brand, Gemini, said taking ownership of the iconic billboard is part of the company’s long-term plan to establish the company as the most trusted brand in crypto. 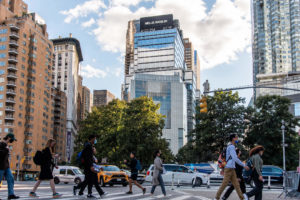 This event, mysteriously running the Bitcoin whitepaper and selling it as NFTs, is not intended as a long-term campaign.

“We saw an opportunity to link our ownership of this iconic billboard with the thirteenth anniversary of the Bitcoin whitepaper in a fun and creative way,” he said. “And, of course, our partners at Nifty Gateway made the NFT angle irresistible.” 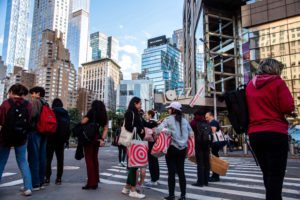 Anyone walking up Columbus Circle in Manhattan last week, just south of Central Park on 57th Street, may have noticed an unbranded mysterious billboard displaying individual keywords and phrases such as “electronic,” “a solution” and “are lost” with little explanation.

The campaign started with the words “Hello, World,” and as part of the advertising campaign, 105 words from the Satoshi bitcoin whitepaper abstract displayed on the digital billboard throughout the week. There were 105 unique artificial intelligence (AI) created NFTs, each Edition of 1, of the words on the billboard.

An auction of the NFTs began on October 25, with open bidding starting on October 25, which closed at midnight on October 31, the thirteenth anniversary of the whitepaper. All proceeds earned from the auction will be donated to charity

The goal is to use the billboard to amplify all forthcoming product and brand campaigns. 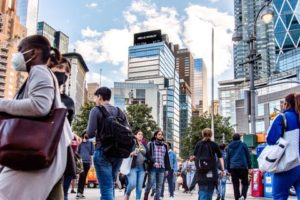 The idea is to leave a positive impression in the minds of those who see the billboard. An impression that says the company’s a creative brand that does things differently, and the most trustworthy brand in crypto.

When asked whether the campaign will collect any data, Isaac said: “Vector provides ongoing data to give us a sense of eyeballs, but we can’t link brand reputation with a single billboard.”

Similar to any modern brand, he said, the company tracks brand metrics closely, and is hyper-focused on delivering the best experience possible.

“It is uncommon for billboards to be purchased on a multiyear basis,” said Jim MacCurtain, chief strategy officer at Vector Media. “They are typically purchased for months at a time or, in some cases, on an annual basis. Only the very best and most iconic locations generate interest from advertisers in guaranteed multiyear leases.”

MacCurtain said the company considered several “fantastic brands” about a partnership for this location, but Gemini stood out for their creative approach to advertising, and that they are “at the forefront of the incredibly exciting Crypto and NFT space.

“They knew early on that a teaser campaign would generate great social buzz and that turning imagery from the board into NFT’s would be a very clever way to educate and excite consumers,” MacCurtain said.

See the original article at MediaPost.